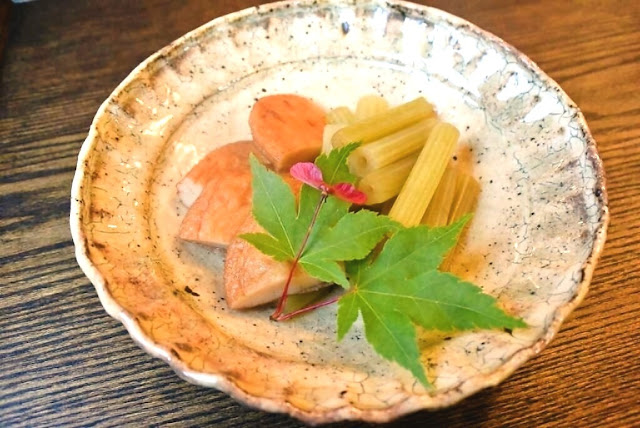 This is a reduced-sodium version of previously posted fuki to kamaboko no nimono (Japanese butterbur and fishcakes in broth). The process is pretty much the same, other than soaking fishcakes in boiling water to desalinate them in advance. Seasonings are tweaked a bit — sweet elements (sake and mirin) and the salty ingredient (soy sauce) are both reduced while adding a tiny amount of rice vinegar. The result? It is just as tasty as the older version.

Put all broth ingredients into a pot, and bring to boil.

When broth boils, add fuki, simmer on medium low heat for 2-3 minutes after broth returns to boil, and transfer to plate or tray.

To the same broth, put satsumaage, and simmer on medium low heat for 3-4 minutes.